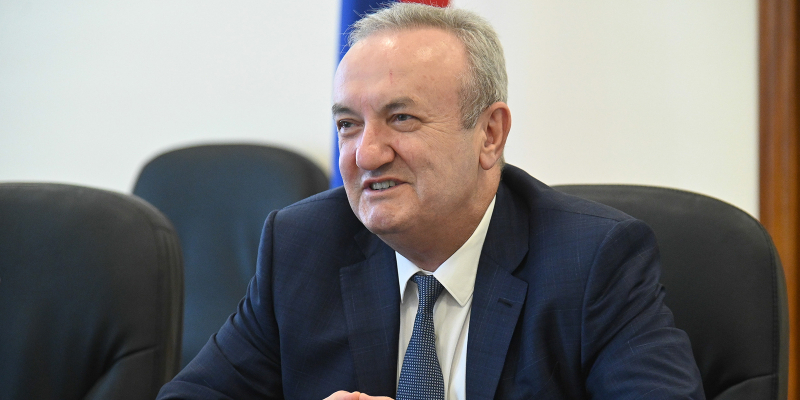 Minister of Education, Science, Culture and Sports of the Republic of Armenia Vahram Dumanyan will be on an official visit to the Republic of France from September 28 to October 3 to participate in the event dedicated to the 100th anniversary of the celebrated French-Armenian filmmaker Henri Verneuil. The delegation headed by the Minister also includes Deputy Minister Ara Khzmalyan․

The jubilee evening of the renowned French-Armenian filmmaker Henri Verneuil, included in the UNESCO calendar of eminent personalities and historic events for 2020-2021, will be held on September 29 in the hall of the UNESCO headquarters in Paris․

During the event, a biographical film about Henri Verneuil will be demonstrated, a concert will be held, which will be accompanied by the screening of digitized posters of Verneuil films.

During the concert, the music from Henri Verneuil’s films will be performed by the French “Pasdeloup” Orchestra conducted by Jean-Claude Petty, as well as soprano Lianna Aleksanyan will sing the song "Dle Yaman" accompanied by duduk player Levon Minassian residing in Marseille.

The event is held in the context of the celebration of the 30th anniversary of the Independence of the Republic of Armenia, the candidacy submitted to the Executive Board of UNESCO for Armenia's membership this year. The objective of the event is to pay tribute to the memory of the famous French-Armenian filmmaker, to present the creative heritage of Verneuil, to assess his place and role in the world cinematography and to reveal the specifics of national identity within the framework of the jubilee events dedicated to the 100th anniversary of Henri Verneuil.