Vahram Dumanyan: “In the field of science the elaboration of mechanisms for measuring the result is a priority”
Science 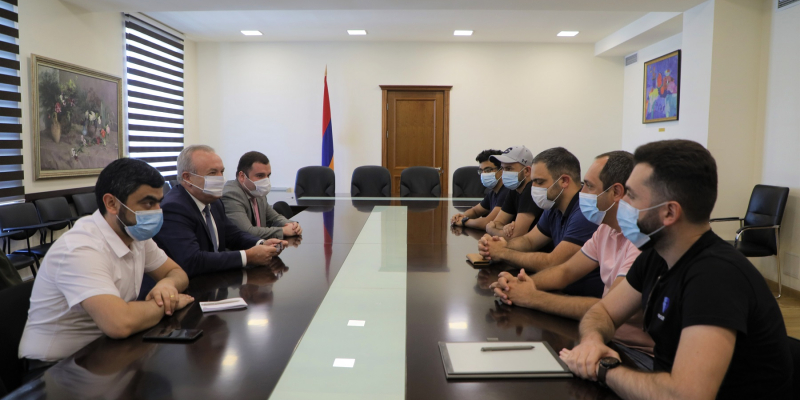 The objective of the meeting was to discuss ways of collaboration in the direction of forming a scientific ecosystem, steps aimed at enhancing the role of science in the new program of the Government, the amount of allocations provided for scientific and scientific-technical activities in the medium-term expenditure program for 2022-2024.

Minister Vahram Dumanyan welcomed the participants and emphasized the importance of the meeting format. The Minister enquired about the goals and activities of the “Gituzh” initiative. According to the members of the initiative, their goal is to turn science into the path of development of the State, to create a competitive scientific ecosystem, to advance it, to foster investment programs.

Vahram Dumanyan attached special importance to the role of the development of science and noted that the State's goal is to make an equal and efficient distribution in all spheres to the furthest extent. “Among other issues, the development of measurable mechanisms is a priority in the field of science. It is very important to direct the state budget allocations to the solution of definite issues,” emphasized the Minister within this context.

At the end of the meeting, an agreement was reached to hold discussions, as necessary, for the benefit of the advancement of science in Armenia and the solution of existing issues of the field.