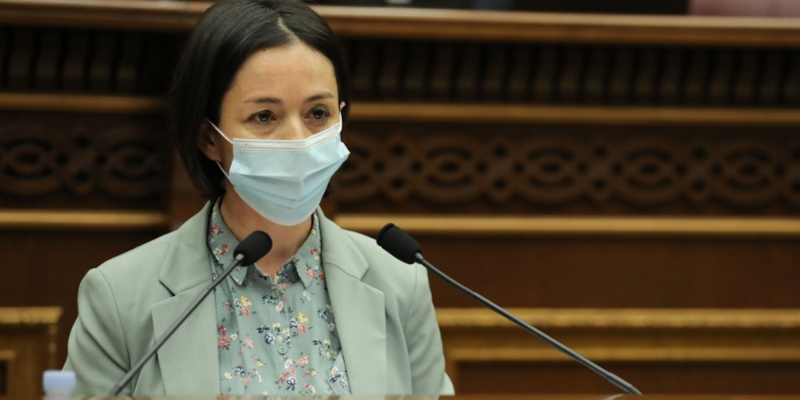 The National Assembly discussed in the second reading the draft law on “Amendments and Additions to the RA Law "On Education", which has undergone some changes after being adopted in the first reading. With the adoption of the draft, the legal bases for maintaining the state administrative registers of the RA educational system are defined.

The draft was presented by the RA Deputy Minister Zhanna Andreasyan, who said that the changes were made due to two circumstances: the creation of corresponding regulatory norms and legal frameworks after the constitutional changes, as well as the need to clarify the functions assigned to the inspection body. Taking into account the process of digitalization of the field, the provision of approving the procedure for maintaining the education management information system was also included.

“In the period from the first to the second reading, working with the NA colleagues, we made certain technical and editorial changes in the draft, which mainly referred to the provision of preventive and advisory functions to the inspection body. The deadline for the approval of the by-laws deriving from the corresponding amendments is set for June 30, 2021," noted Zhanna Andreasyan.

According to the Deputy Minister, one of the proposed changes refers to the order of funding the public schools: the current law defines "pupil-number" funding as a calculation criterion, which makes proper funding problematic, especially for schools in small communities. The ESCS Deputy Minister emphasized that the proposed amendment determines that the “class-number” or “pupil-number” funding can be accepted as the calculation criterion."

According to Zhanna Andreasyan, the adoption of the draft will create new opportunities for the operation of the information system, conducting a data-based policy, as well as regulating the specifics of the implementation of the supervision function in the field of education.

Co-Rapporteur Sofia Hovsepyan, in her turn, noted that the NA Standing Committee on Education, Science, Culture, Diaspora, Youth and Sports gave a positive conclusion to the draft law։ “The project enables small schools to be funded by the number of classes instead of the number of pupils. This is quite an important change, so I suggest you to vote for it.”

On January 20, the National Assembly of Armenia adopted the draft law "On Amendments and Additions to the RA Law" On Education.”