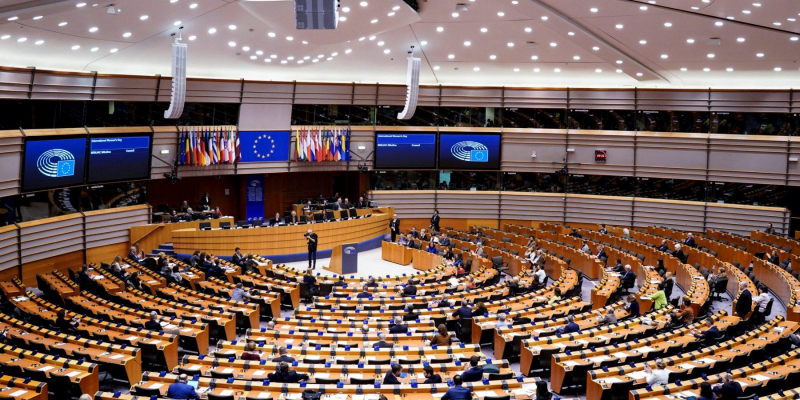 At the conference of the Committee of Ministers of the member states of the European Cultural Convention Deputy Ministers of Education, Science, Culture and Sport of Armenia Artur Martirosyan and Narine Khachaturyan in their presentations pointed out to the war crimes that Azerbaijan, with direct support of Turkey, committed against the Republic of Artsakh and the Republic of Armenia as of September 27, 2020. The officials called on the international community to strictly condemn the Turkish-Azerbaijani aggression, which destroyed the educational and cultural institutions and violated the right of students to education.

The Deputy Ministers, presented the aggression unleashed by the Azerbaijani-Turkish-terrorist coalition and pointed out several examples of grave acts of war crimes such as the shelling of the Holy Savior Cathedral, one of the masterpieces of the Armenian architecture located in Shushi, the cultural capital of Artsakh, on October 8 and of the maternity hospital in Stepanakert on October 28. The deputy ministers called on the Council of Europe and the member States to strictly condemn the large-scale Azerbaijani aggression and its accompanying war crimes. Furthermore, Deputy Minister Artur Martirosyan presented the measures aimed at ensuring the continuity of education in Armenia amidst the COVID-19 pandemic, noting that Azerbaijan became the first and only country in the world to unleash a large-scale war, ignoring the Covid-19 that is the global challenge threatening the international community. “Targeted destruction of cultural property is a war crime. Any attack on civilian infrastructure, on historical and cultural sites should be unequivocally condemned by international organizations and the international community.

The state that decides to bomb a maternity hospital is outside of civilization, devoid of cultural heritage. The civilized world should finally understand this,” stated Deputy Minister Narine Khachaturyan. Presenting the actions taken towards mitigating the impact of climate change on cultural heritage, the Deputy Minister also spoke about the main directions of cultural strategy of the Republic of Armenia for 2020-2025, in which the preservation of cultural heritage is a priority. It should also be mentioned that the conference was attended by the UNESCO Assistant Director-General for Education Stefania Giannini, as well as Ministers, Deputy Ministers, and other responsible government officials from about 30 countries. The goal of the conference was to present the impact of the COVID-19 pandemic on education and the impact of the climate change on cultural heritage, as well as to discuss and share the best practices of the Council of Europe member states in meeting the aforementioned challenges.