Prime Minister of Armenia: Strict compliance with the epidemic rules at schools is mandatory 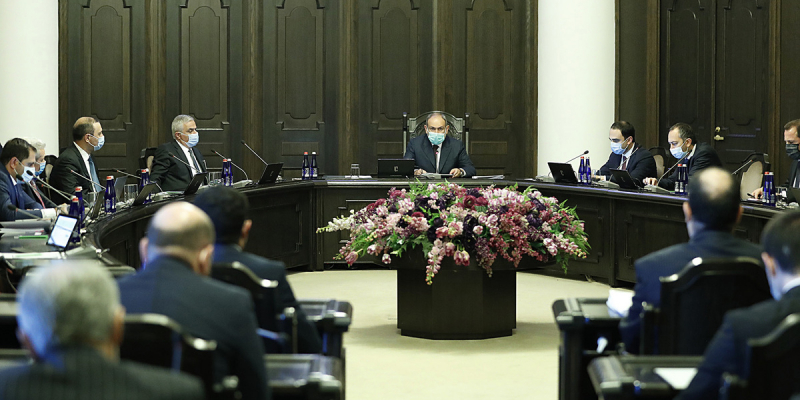 “The opening of the secondary schools is a high risk of disrupting the reducing dynamics of the pandemic. Decisions have been made regarding the safe operation of schools. The established rules require that children wear masks at schools, which is not definitely accepted by the public. I want to state the following: we are now obliged to take steps that will exclude the return of a new anti-epidemic crisis”, stated the RA Prime Minister Nikol Pashinyan at the Government session, referring to the epidemic situation and the procedure of opening public schools.

As stated by the Prime Minister, the observance of the adopted rules is obligatory, because their final objective is to reduce the restrictions regime. He also noted that a monitoring will be carried out, and taking into account the results, new decisions will be made so that our children will be free as soon as possible and can go to school without a mask.

The ESCS Minister Arayik Harutyunyan also underlined that the observance of the rules established in educational institutions is of primary importance, otherwise the spread of the infection may intensify, which will impair the organization of the educational process. “We ourselves are determined to ease the health rules set for the education system, but at this stage we must do everything to strictly follow the regulations. There are some concerns that the epidemic situation may change after the opening of schools. We do hope that if we follow the established rules, we will ease the rules after a while. We especially count on the support of parents, teachers and pupils regarding this issue.” noted the Minister.

He also added that the Ministry of Education, Science, Culture and Sports is seriously concerned to ensure the continuity of the educational process in the conditions of the epidemic and had to make changes in most legal acts of the education system and make new regulations.

The Deputy Minister of Health reported that a comprehensive testing of teachers, working in public schools, is underway ahead of the educational process.