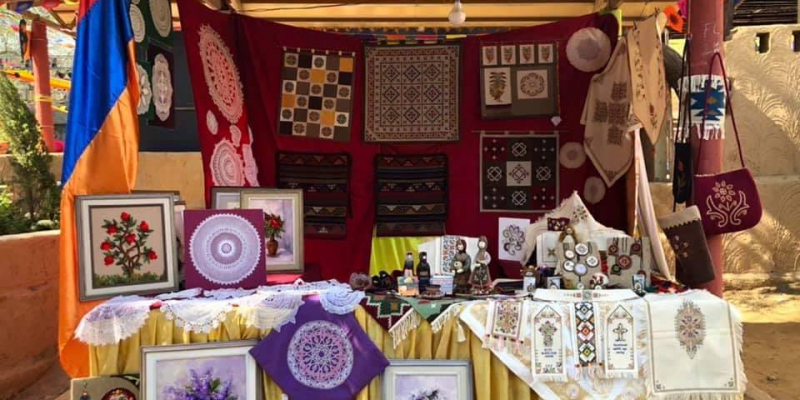 The Republic of Armenia is participating in 34-th Surajkund International Crafts Festival on February 1-20, 2020. The Armenian delegation is represented by folk artists and folk groups.

Embroideries, tapestries, and lace of Armenian masters (Armenui Khachatryan, Armine Poghosyan, Maral Sheuhmelyan) is presented in the Armenian pavilion. The performances of the"Kite" ensemble are also scheduled during the festival.

The “Kite” ensemble was founded in 2016 in Yerevan on the initiative of Koryun Davtyan, with the aim of performing Armenian folk music on national instruments. Young musicians are included in the ensemble, who play a musical instrument, including kaval, shvi, bagpipes, zurna, duduk, dhol, tambourine, qanun, and oud. The group also includes a singer.

Most of the “Kite” repertoire consists of the works of oral folk art, collected and recorded by the efforts of Komitas, Migran Tumadzhan and Aram Kocharyan in the 19-20 centuries. As the first performer of a number of Armenian folk songs and melodies, “Kite” seeks to preserve national traditions in modern thinking.