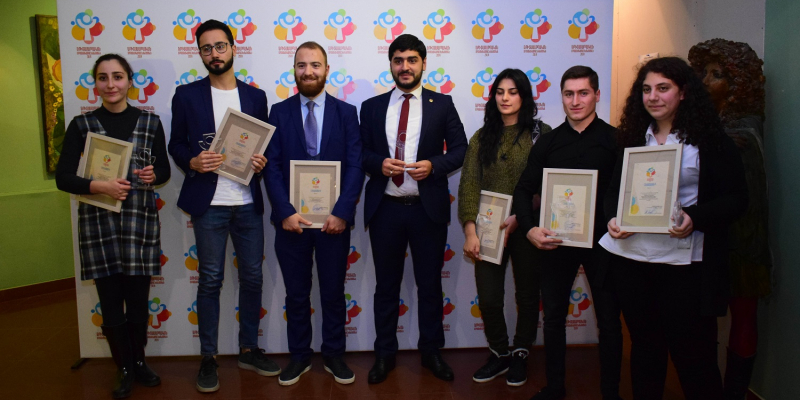 Congratulating the winners within the project, the Minister stated that the bright individuals of the program will ensure the progress of our society: “Never and never stop dreaming. It is the most important recipe for victory and success.”- exhorted Mr. Harutyunyan.

Through the “Youth Award 2019” program, RA Ministry of Education, Science, Culture and Sports aims to foster youth participation in public life, to encourage young people, youth groups and youth NGOs, which have made significant progress during the year; to value their achievements, to increase the level of youth engagement in active processes concerning the socio-economic development of Armenia.

This year the award ceremony was held in 11 nominations. The submission of applications started on October 21 and continued until November 23. The online application could be filled by anyone proposing to nominate 16-30-year-olds, youth groups (at least one of the group members must be young) with their significant achievements in 2019 in each of the 11 nominations. Young people in the top three of all nominations were invited to participate in the event, where the winners were decided by online voting and attendees at the Yerevan State Chamber Theater.