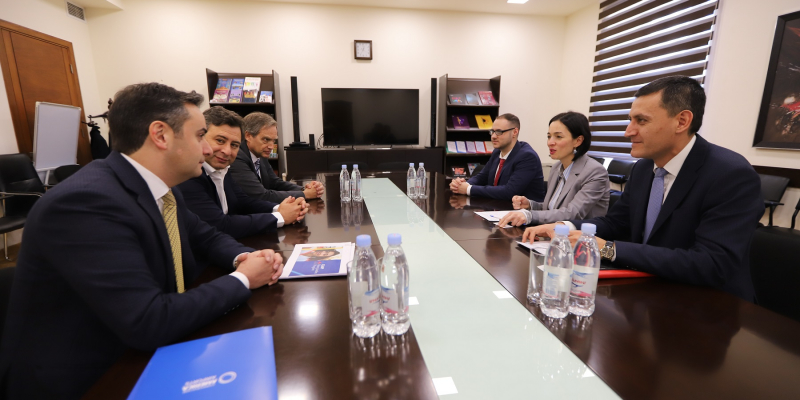 ESCS Deputy Ministers Arthur Martirosyan and Alfred Kocharyan also attended the meeting. Issues regarding the introduction of new educational programs, the provision of scholarships, as well as the preservation of cultural heritage were at the core of the discussion.

“We attach importance to efficient cooperation and are willing to discuss the possibilities of implementing joint programs,” said ESCS Minister Zhanna Andreasyan.

The parties touched upon the possibilities of introducing the specialties necessary for organizing the work of airports and providing target scholarships in universities. Minister Zhanna Andreasyan highlighted the importance of introducing and modernizing new specializations not only in universities but also in vocational educational institutions. The program of providing targeted scholarships is a piloting program and will be implemented in Armenia for the first time: if successful, it will also be implemented for more than fifty airports included in the network of the “Corporación América”.

Issues related to the preservation and advancement of cultural heritage were also discussed, in particular, the Minister welcomed the interest of the “Corporación América” organization and the Eurnekian family in preserving the Armenian cultural heritage.

At the end of the meeting, Zhanna Andreasyan thanked the guests for the informational support of the Starmus VI Science Festival, in particular, for the installation of information panels at the airport, and expressed hope that the cooperation programs will expand and be long-standing.