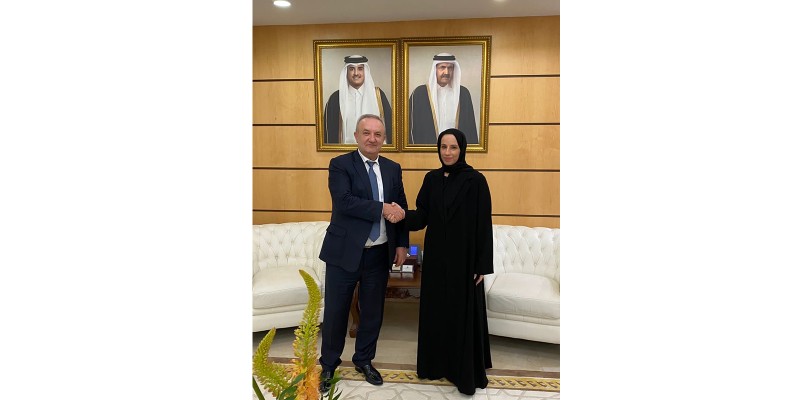 RA ESCS Minister Vahram Dumanyan, who is a member of the Government Delegation in Qatar had a meeting with the Minister of Education and Higher Education of Qatar Buthaina bint Ali Al-Nuaimi․

Issues related to the implementation of the cooperation agreement in the field of education, higher education and scientific research signed between Armenia and Qatar the previous day, were considered during the meeting. Basically, the issues of formation of bilateral working groups, and implementation of joint programs in the fields of higher education and science were touched upon.

Minister of Education and Higher Education of the State of Qatar Buthaina bint Ali Al-Nuaimi presented the general and higher education systems of Qatar to RA ESCS Minister Vahram Dumanyan. It was noted that the University of Qatar has quite a high position in the international rankings of universities.

RA ESCS Minister Vahram Dumanyan presented the main directions of reforms of the RA education and science system, emphasizing the importance of developing research in the higher education system and raising the efficiency of the National Academy of Sciences, the steps taken by the state in this direction.

The parties underlined the importance of mutual visits and exchange of experience, which can become the basis for the implementation of the bilateral agreement. In this regard, the importance of advancing inter-university ties was highlighted, which can be facilitated by the cooperation agreement between the Yerevan State and Qatar Universities.

RA ESCS Minister Vahram Dumanyan invited the Minister of Education and Higher Education of Qatar Buthaina bint Ali Al-Nuaimi to the International “STARMUS VI” Science and Art Festival to be held in Yerevan in the autumn, which will be attended by world-famous scientists, engineers, Nobel Prize laureates, world musicians, representatives of science and art.

Various other issues of mutual interest were also considered during the meeting.