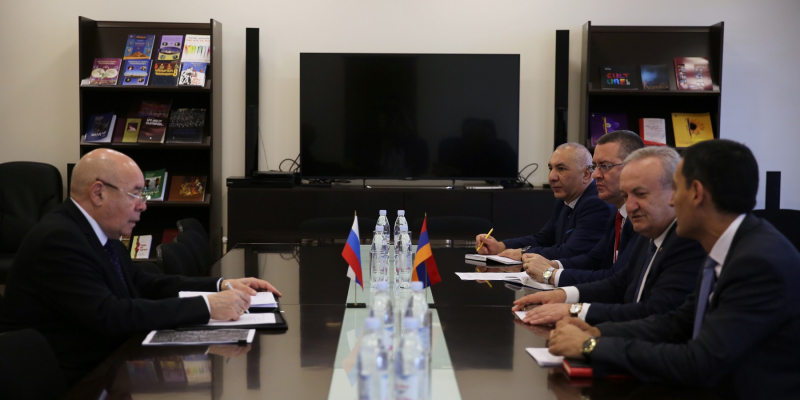 The meeting was also attended by the RA ESCS Deputy Minister Arthur Martirosyan.

The event “Armenian Culture Days in Russia” is scheduled for 10-11 June 2022 in Moscow and 13 June in Kislovodsk. The organization of the event is fixed by the program “Collaboration in the Field of Culture for 2022-2025 between the Ministry of Education, Science, Culture and Sports of the Republic of Armenia and the Ministry of Culture of the Russian Federation” signed on April 19, 2022, during the visit of the Government delegation of the Republic of Armenia to the Russian Federation and is dedicated to the 30th anniversary of the establishment of diplomatic relations between Armenia and Russia. Concerts of the Armenian National Philharmonic Orchestra and the Komitas National Quartet are scheduled within the framework of the event. The agenda of the event will also include official speeches from the Armenian and Russian sides. The Armenian delegation is headed by the RA ESCS Deputy Minister Ara Khzmalyan.

Vahram Dumanyan suggested considering the organization of digitization of Armenian films shot during the USSR as part of the anniversary events, and stored in the archive of the State Film Fund of the Russian Federation, to which Mikhail Shvydkoi reacted positively.