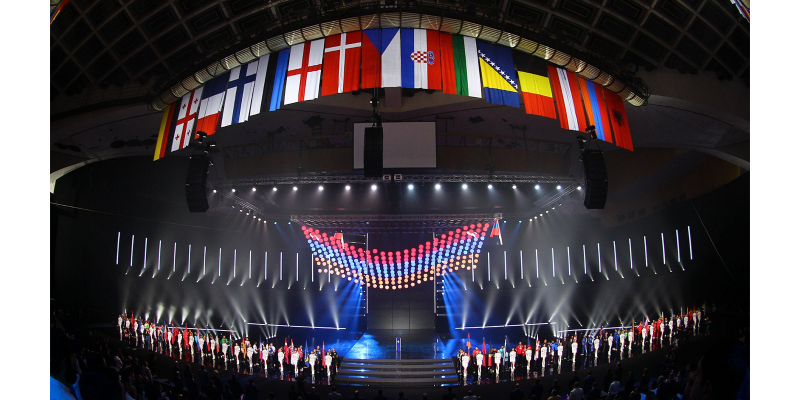 The opening ceremony of the European Boxing Championship was held at Karen Demirchyan Sports and Concerts Complex in Yerevan.

The event was attended by the Chief of Staff of the Prime Minister of the Republic of Armenia, Chairman of the Organizing Committee of the European Championship Arayik Harutyunyan, Deputy Prime Minister Hambardzum Matevosyan, ESCS Deputy Minister Karen Giloyan, President of the International Boxing Association Umar Kremlev, Chairman of the European Boxing Confederation Ioannis Filippatos, President of the Boxing Federation of Armenia Hovhannes Hovsepyan, representatives of international structures, other high-ranking officials.

About 250 boxers from 39 countries will participate in the championship. All the countries were first represented at the opening ceremony. The flag bearer of Armenia was boxer Narek Manasyan.

Welcoming those present, Arayik Harutyunyan congratulated on the large-scale sports event. He emphasized that this step will stimulate the development of both boxing and mass sports in our country: “When we got the opportunity to host the championship in our country, we spared no effort and energy to organize it in the best possible way. To achieve this goal, large investments are being made in sports infrastructure in Armenia. The organization of the tournament and the right to host the championship stimulated the advancement of infrastructures.”

President of the International Boxing Association Umar Kremlev and Chairman of the European Boxing Confederation Ioannis Filippatos also made a welcoming speech, expressing special gratitude to the Armenian side for the hospitality and the organization of the championship at a high level.

Then the oath-swearing ceremony of athletes and judges was held. On behalf of the athletes, the text of the oath was recited by the bronze medalist of the Olympic Games in Tokyo, Hovhannes Bachkov, and on behalf of the judges - the representative of Great Britain

The official ceremony was followed by the cultural part, organized with new lighting and graphic solutions. The history and culture of Armenia were presented in a unique style during the show. Kinetic light balls were used for the first time in Armenia.

The European Boxing Championship will be held at the Karen Demirchyan Sports and Concerts Complex on May 22-30. The total prize fund of the European Championship makes 260 thousand dollars.