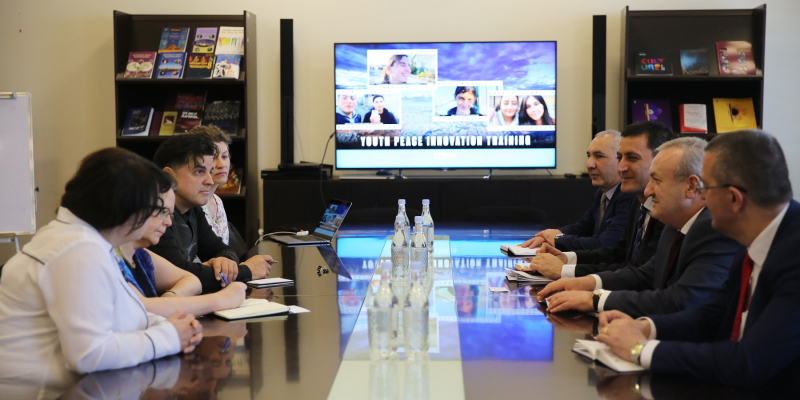 The parties considered bilateral cooperation programs in the field of education.

Welcoming the Ambassador, Minister Vahram Dumanyan noted that the outcomes of the Finnish education model are impressive, and the experience is noteworthy.

Underlining that he is in Armenia in connection with the 107th anniversary of the Armenian Genocide, the Ambassador stated that the Finnish side in the format of informal education carries out initiatives on a number of development programs in Armenia in cooperation with Finnish organizations.

“According to the Government's program, 500 kindergartens and 300 schools are planned to be built by 2026. The implementation of that program has already been launched,” noted Vahram Dumanyan and informed that all schools will be provided with new equipment and subject laboratories to enhance the quality of STEM subjects.

Practical examples of Finnish education experience were introduced during the meeting.

Deputy Minister Artհur Martirosyan noted that in the context of the ongoing general education reforms in Armenia, the Finnish experience can be considered as part of the piloting and implementation of the state standard of general education. He also proposed to implement cooperation programs in the fields of science, sports and youth.