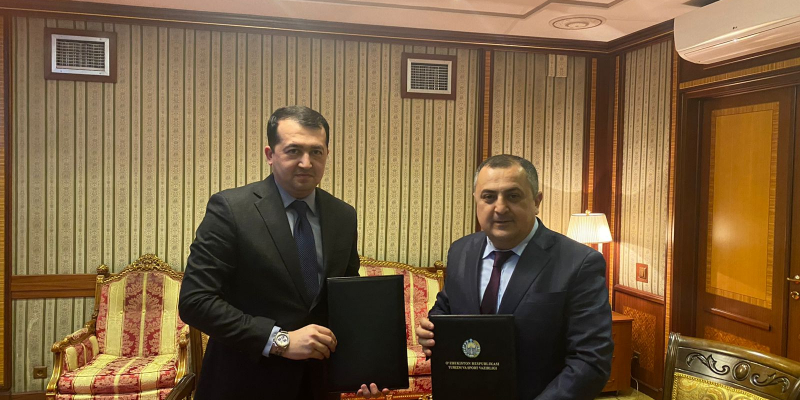 Within the framework of the working visit to Tashkent, Uzbekistan, ESCS Deputy Minister Karen Giloyan signed a memorandum of cooperation with Deputy Minister of Tourism and Sports of Uzbekistan Avazjon Karimov.

Based on the agreement, joint meetings and seminars will be held, promoting the exchange of intersectoral experience.

In the frame of the visit, the ESCS Deputy Minister also had a meeting with the General Secretary of the International Weightlifting Federation Jalood Mohammed, and the General Secretary of the European Weightlifting Federation, Milan Mihajlovic. During the meeting, among other issues, the possibility of holding a major international tournament in Armenia was discussed․

Note that the ESCS Deputy Minister is following the World Weightlifting Championship, where the representatives of Armenia are also competing for medals in the capital city of Uzbekistan.