Vahram Dumanyan: “Education is the guarantee of our security”
Education 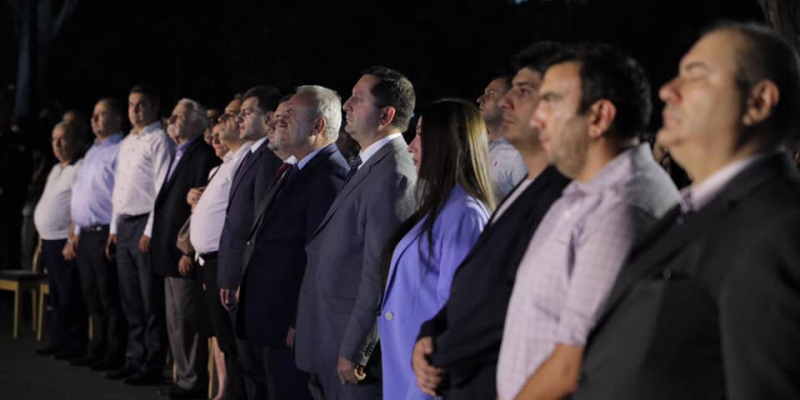 The solemn swearing-in ceremony of YSU freshmen, traditionally organized for 15 years, was held in the courtyard of the central building of Yerevan State University. This year the event was dedicated to the 30th anniversary of Armenia's independence.

The event was attended by the RA Minister of Education, Science, Culture and Sports Vahram Dumanyan, Deputy Minister Karen Trchunyan, Acting Rector of Yerevan State University Hovhannes Hovhannisyan, the teaching staff, and the students of the university.

Minister Vahram Dumanyan congratulated the freshmen, especially emphasizing the conscripted students, welcomed the university staff, highlighting: “Nowadays we often talk about the importance of security. I want to state that education is a powerful means of security, which forms the right mindset with the right decisions.” Vahram Dumanyan called on the students to continue advancing the security through education. “I wish you to have your contribution to the history of the university," concluded the Minister.

Acting Rector of Yerevan State University Hovhannes Hovhannisyan also congratulated the first-year students on their admission to the University. He underlined the preconditions of success for the university students – critical mindset, analytical and initiative skills. He advised the students to observe those principles, to follow their rights and to fulfill the responsibilities of the university students.

The evening ended with the swearing-in ceremony of first-year students and concert performances of music and dance groups. The first-year students vowed to love their alma mater and be worthy of the high "Student of Yerevan State University" title, to serve and contribute to the advancement of the country.