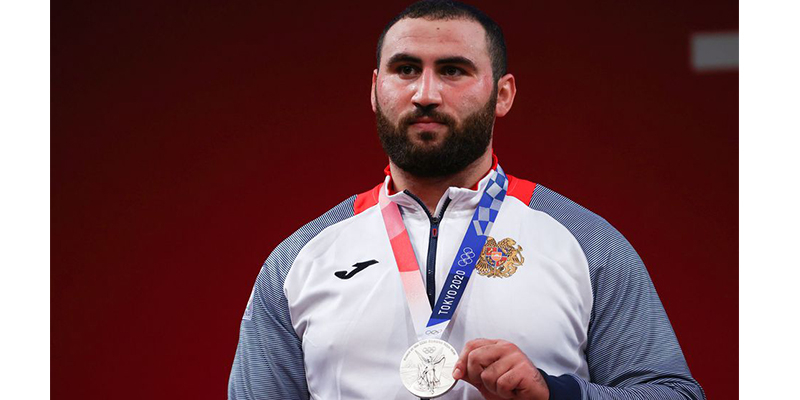 In the 109 kg weight category, Martirosyan took the second place with a result of 423 kg in the snatch and the clean and jerk (195 kg + 228 kg). In the snatch, the Armenian weightlifter successfully completed 2 approaches, lifting 190 kg and 195 kg: the last indicator is an Olympic record for this exercise. In the clean and jerk Martirosyan successfully completed only the first approach, pushing the barbell weighing 228 kg. In this weight category, the champion in the snatch and the clean and jerk with a result of 430 kg (193 kg + 237 kg) became the representative of Uzbekistan Akbar Djuraev, and the bronze medal was taken by Arturs Plesnieks (Latvia, 410 kg).

This is Armenia's third medal at the Olympic Games in Tokyo: Greco-Roman wrestler Arthur Aleksanyan (97 kg) won a silver medal today, and gymnast Arthur Davtyan won a bronze medal on August 2. In addition, the boxer Hovhannes Bachkov (63 kg) made it to the semifinals, thereby securing at least a bronze medal.