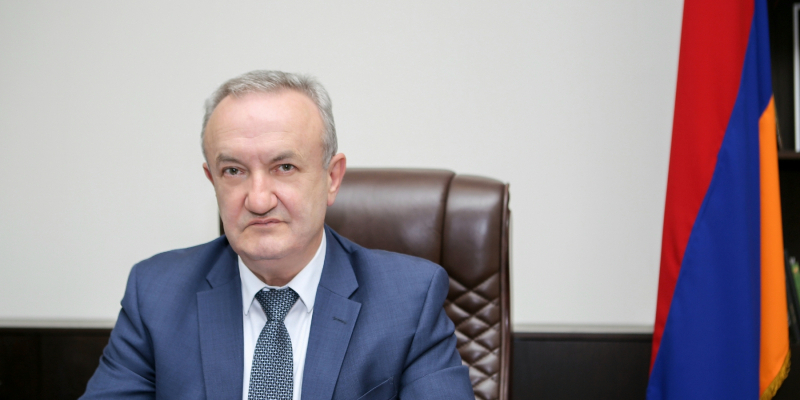 RA ESCS Acting Minister Vahram Dumanyan addressed a letter to the Director-General of UNESCO, expressing concern about the actions of Azerbaijan at St. Ghazanchetsots Holy Savoir Cathedral in the city of Shushi of the Republic of Artsakh.

The letter states that during the large-scale military aggression unleashed against Artsakh on September 27, 2020, among other war crimes, Azerbaijan deliberately targeted the Cathedral of St. Ghazanchetsots Holy Savoir Cathedral destroying one of the two domes of the temple thus violating the Second Protocol to the Hague Convention of 1954 on the “Protection of Cultural Property in the Event of Armed Conflict". Moreover, numerous photos and videos distributed on the Internet prove that after the cessation of hostilities, the temple was vandalized, and the second dome was destroyed by Azerbaijani forces.

Recently, Azerbaijan has removed the dome of the temple, in an attempt to change the historical and architectural integrity of the monument and distort its Armenian identity under the pretext of "construction works".

Vahram Dumanyan stressed that there are many reasons to believe that Azerbaijan deliberately blocks the access of UNESCO experts to the sites of Armenian cultural heritage to conceal the war crimes committed by the country. Moreover, Azerbaijan is actively implementing the policy of falsification of historical facts, calling the sites of the Armenian cultural heritage in Artsakh "Caucasian-Albanian”.

Attaching high importance to the role of UNESCO in the protection of cultural heritage, the ESCS Acting Minister called on the Director-General to condemn the attempts to destroy and appropriate the Armenian cultural heritage sites.