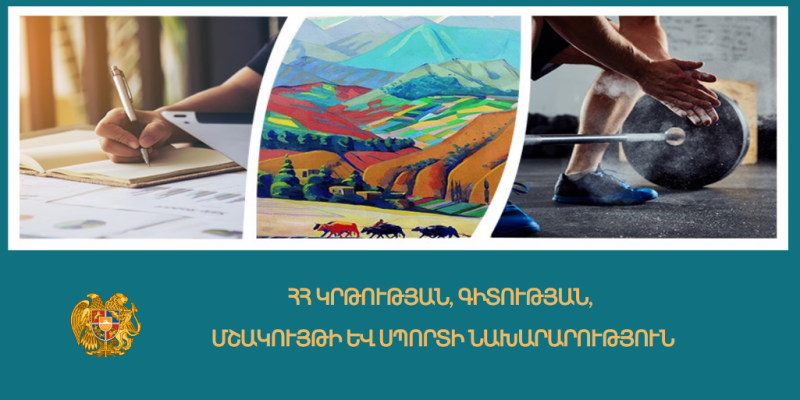 At the suggestion of the RA ESCS Ministry, amendments were made to the RA Government Decision № 925-N of August 13, 2015, as a result of which the winners of the Olympic Games and World Chess Olympiad champions and prize-winners, the athletes of the national teams of the Republic of Armenia and the former Soviet Union in the Olympic Games sports program, as well as non-Olympic sports champions of ship modeling, chess, and sambo who are RA citizens and do not permanently reside in Armenia, will receive monthly honorary payments. The decision was adopted at the Government session on September 10:

Previously title-winning athletes of the Republic of Armenia did not receive honorary payments because of not residing permanently in the country. In addition, the decision established an honorary payment for the winners of the world team championship: in particular, 5 champions of the world team chess of the Armenian national team will receive an honorary payment. Generally, the list of beneficiaries of the program includes 15 champions who are citizens of the Republic of Armenia but do not reside permanently in Armenia (16 prizes: Yuri Sargsyan is both a 2nd place prize-winner of the Olympic Games and a world champion), and 5 team champions of the World Chess Championship.

According to the RA Government Decision "On making an amendment to the Decision № 925-N of the RA Government of August 13, 2015", the state once again highlights sports development and the achievements of the champions, regardless of being a resident of RA, as they have held the honor of the Republic of Armenia and the former Soviet Union by performing under the flag of Armenia, and today they are citizens of the Republic of Armenia.