RA Minister of Education, Science, Culture and Sports A. Harutyunyan Receives the Representatives of the British Council 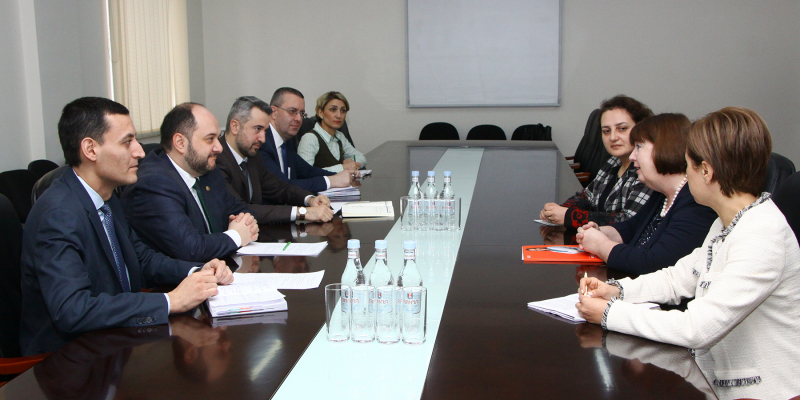 Welcoming the guests, the Minister highlighted the importance of the activities of the British Council in Armenia, both in the development of English teaching centers, and in developing entrepreneurial skills among young specialists. Assuring that the Armenian side is interested in the continuity of the implemented projects, A. Harutyunyan noted that progress and changes in the environment are noticeable in the communities where these clubs operate. “We consider education and culture together and are ready to share our experience of educational and cultural programs implemented over the past year and a half”, the Minister stated, adding that Armenia is ready to cooperate in the technological field too.

Mrs. Burke thanked the Minister for the reception, for his presence and speech at the British Film Festival, and noted that they are willing to cooperate in the directions which are a priority for Armenia.

A. Harutyunyan introduced the course of educational reforms and informed that the educational standards, curricula and methodological resources are being revised, highlighting the need for teachers' training and reform of teaching methodology.