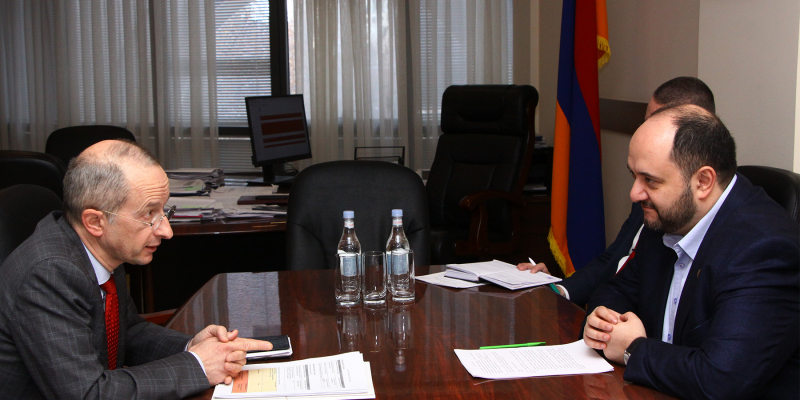 Thanking the Minister for the reception, Rector Jean-Marc Lavest informed that in fall he is completing his mission in Armenia as a Rector of the French University, but before that he will continue to make efforts to ensure the efficient operation of the University and the implementation of development programs in our country. He stated that the procedure of developing statutory changes at the university is ongoing.

According to the Rector, serious preparatory work is underway to improve the building conditions of the French University in Armenia, to build a new building, as well as to raise funds for this purpose. As to Jean-Marc Lavest, if the programs are implemented, the number of university students will be doubled. He also emphasized that the task is to train more specialists in high-tech professions.

Minister Arayik Harutyunyan approved the University's expansion and development plans, hoping that through cooperation and joint work with the Armenian side it will be possible to bring them to life shortly.