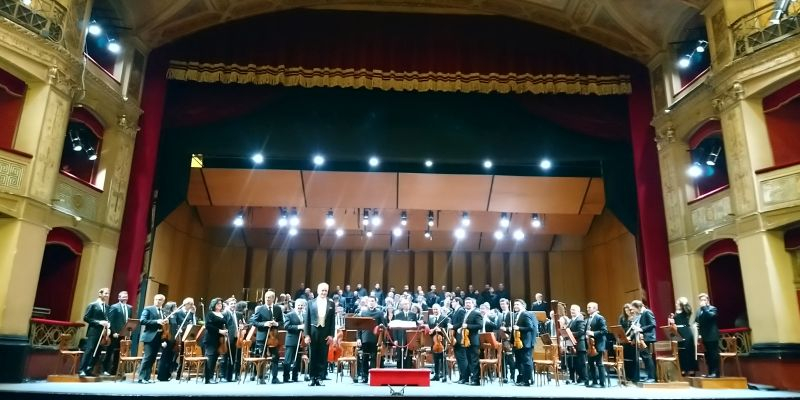 With the support of the RA Ministry of Education, Science, Culture, and Sports, “Hover” Chamber Choir (founder and conductor: Sona Hovhannisyan) performed with Sicilian Symphony Orchestra in Palermo, capital of Sicily.

The men’s choir, recruited with Armenian best bass singers, performed at “Politeama Garibaldi” theatre on January 24 and 25. The Armenian choir and the Sicilian orchestra performed under the direction of the conductor Eduard Topchyan.’

The “Quiet City” by Aaron Copland and Shostakovich’s symphony No 13 “Babi Yar” was in the concert repertoire.

It is noteworthy that the two concerts were dedicated to the International Holocaust Remembrance Day, which is commemorated in various countries of the world by the UN resolution. Naturally, the issues of genocide are closely interrelated with the Armenian people. It should be noted that the concerts received a warm reception and a standing ovation; the Armenian artists captivated the audience with their excellent performance.