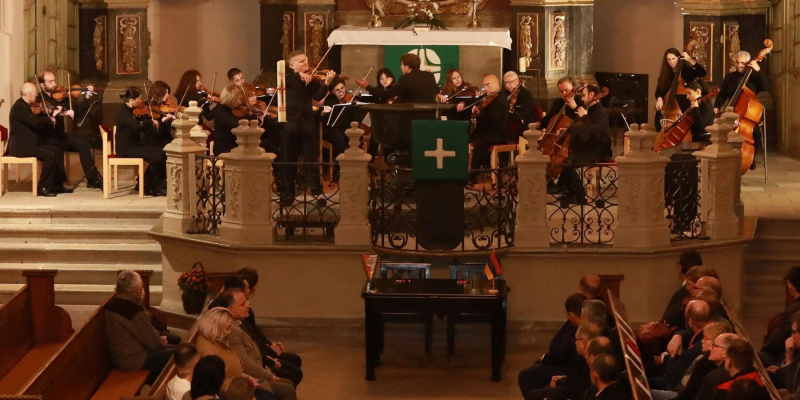 Supported by the RA ESCS Ministry, events, dedicated to the 30th anniversary of Armenian-German diplomatic relations, were held in the Saxony-Anhalt State of the Federal Republic of Germany. ESCS Deputy Minister Ara Khzmalyan participated in the events.

The two-day concerts were held in St. Wenzel’s Church in Naumburg and in St. John’s Church in Magdeburg.

The concerts were accompanied by the performances of the National Chamber Orchestra of Armenia, violinist Nikolai Madoyan and organist Nicholas Berndt, the conductor was Philippe Amelung.

In his speech, ESCS Deputy Minister Ara Khzmalyan touched upon the established institutional cooperation with Saxony-Anhalt State and emphasized the possibilities of collaboration in culture.

On the eve of the “Evening of Armenia” event, a meeting of deputies of the National Assembly of the Republic of Armenia and the Landtag of Saxony-Anhalt headed by the representatives of the parliaments of the two countries Vladimir Vardanyan and Gunnar Schellenberger was convened. An agreement was reached on further cooperation in state-legal, agricultural, environmental and other sectors.

NA Deputy Vladimir Vardanyan defined 2022 as the year of cooperation between the National Assembly and the Landtag and highlighted the importance of signing memoranda of the partnership between Burgenlandkreis and Armavir region, as well as the cities of Naumburg and Armavir.