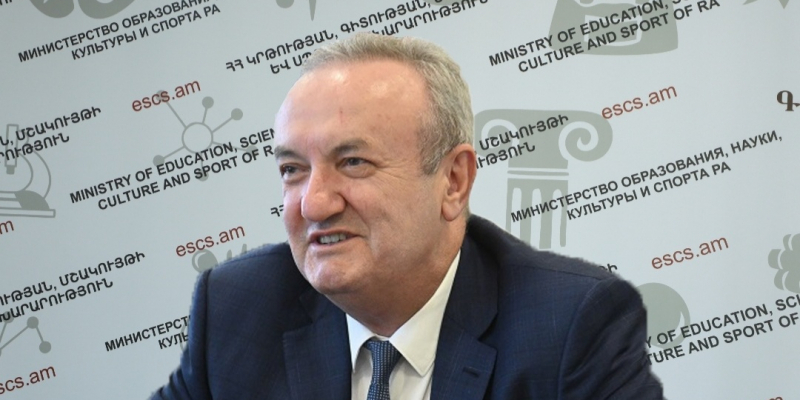 Today marks World Science Day, the key advice of which is to draw the attention of society to science, once again highlighting the importance of its role and significance.

This is a great opportunity to inform citizens about trends in science, raise interest in it, encourage and promote the idea of new achievements, double the support in the field of science, create a bridge of national and international solidarity between scientific achievements of different countries and, ultimately, consolidate the world community around science.

You are the important pillar of the State - the responsibility for a sustainable and developed future, and the vision for having a pro-state and legal-conscious citizen is on your shoulders. In this direction, the RA Government continuously implements targeted programs to increase interest in science, starting from the school desk, to support science devotees to implement their ideas, which will contribute to the formation and implementation of the scientific mind. Your activity, rightly, is not only favorable for the Motherland but also has its indisputable role and weight in a number of world achievements, for which the whole world is grateful to you.

I wish you new achievements and success, the realization of ideas to change the world for the better, and boundless energy.