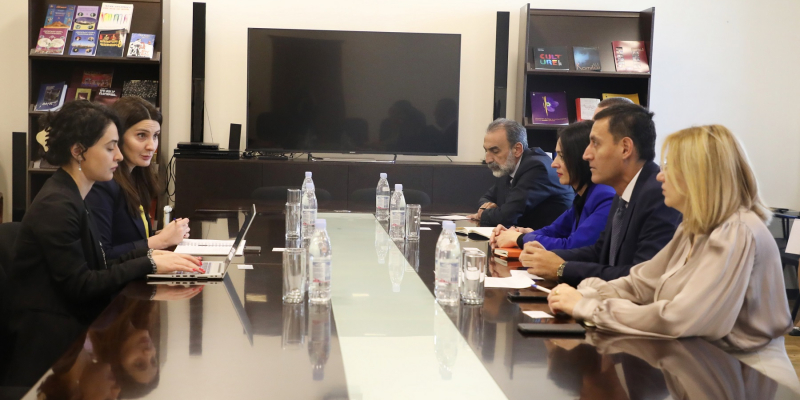 During the meeting, the possible assistance of the European Bank for Reconstruction and Development to the reform process in the field of education and, in particular, vocational education and training in Armenia was discussed.

The Deputy Ministers pointed out the possible avenues of cooperation, which are priorities for both sides. They emphasized that the National Assembly adopted the “Education Development Program until 2030” in the first reading, which defines the goals and needs of the sector.

As a Deputy Minister coordinating the sector of vocational education and training, Zhanna Andreasyan highlighted the importance of cooperation between education and the private sector and the programs implemented within its framework. The Deputy Minister emphasized the issue of quality workforce in the VET for the private sector, emphasizing in that context the development of relevant skills through short and long-term programs. Zhanna Andreasyan also noted that the reforms are being implemented in the direction of training specialists in the fields that are a priority for the State. In this context, she informed that Tavush Regional State College was recently reorganized into a foundation using the French model as a Center for Practical Training, which will contribute to the advancement of agricultural specialties. According to her, this model can serve as a successful example for other institutions in the sector.

During the meeting, the possibility of mapping the needs of vocational education and training with the involvement of relevant experts was considered. Other issues related to the promotion of gender equality in the labor market, inclusiveness of education and access to it were also highlighted. The parties agreed to organize another meeting for a more detailed discussion of the assistance format proposed by the European Bank for Reconstruction and Development.