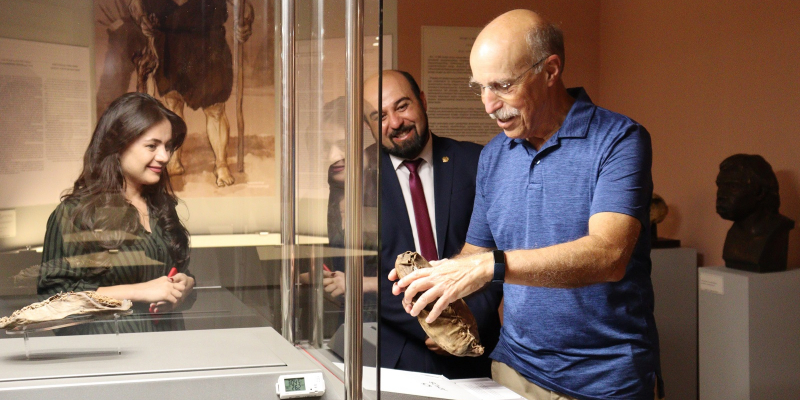 The History Museum of Armenia has hosted the first astronaut of Armenian origin, American-Armenian engineer, athlete, and Doctor of Medicine James Bagian, who is on a visit to Armenia within the framework of the "STARMUS" Festival.

The scientist donated the badges on his uniform which he wore during his space flights to the museum. He made an entry in the book of impressions of the museum and got acquainted with the new permanent exhibition “In the Footsteps of Ancient Man: the Stone Age” and other current temporary exhibitions of the museum.

The donated badges are the first in the Museum of the History of Armenia as witnesses of space travel and the next symbols of the achievements of the Armenian scientific mind. Museum Director Davit Poghosyan thanked James Bagian for the valuable exhibits and noted that they will become a source of inspiration for the visitors.

Note that on March 13-18, 1989, James Bagian made his first flight on the American “Discovery” space shuttle, spending 337 hours in space. The second flight was made on June 5-14, 1991 on the “Columbia” space shuttle. For his activities, Bagian was awarded a NASA medal, a cosmonaut diploma of the International Astronautical Federation named after cosmonaut Kamarov, NASA awards for the development of treatment for space motion sickness, as well as NASA awards for his space flights in 1989 and 1991.