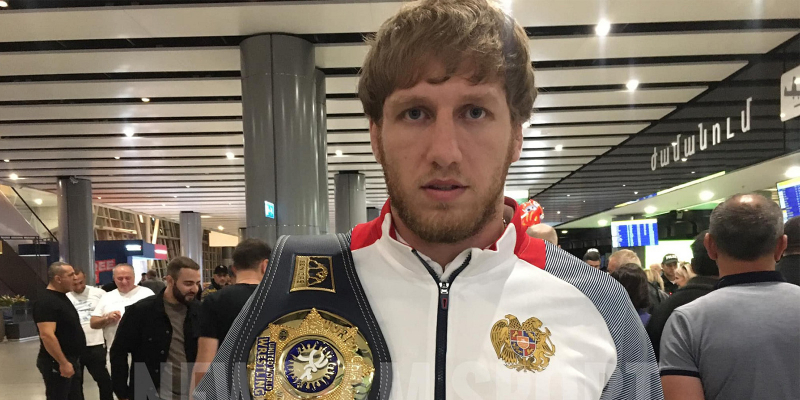 The Greco-Roman wrestling team of Armenia, participating in the World Championship in Serbia, was welcomed tonight at Zvartnots airport.

Four-time world champion Arthur Aleksanyan, bronze medalist Malkhas Amoyan and other members of the national team were greeted by Deputy Minister of Education, Science, Culture and Sports Karen Giloyan, President of the Armenian Wrestling Federation Robert Khachatryan, representatives of the Armenian Olympic Committee, as well as sports fans and relatives of the wrestlers.

8 athletes of the Armenian national Greco-Roman wrestling team participated in the World Wrestling Championship in Serbia and won 1 gold and 1 bronze medal. For the first time, the team performed under the leadership of Armen Babalaryan.

On September 15, freestyle wrestlers came out to fight at the World Championship held in Serbia.