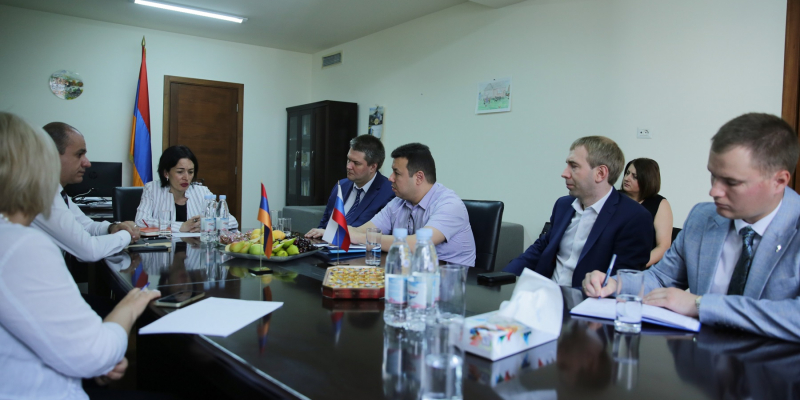 During the meeting, issues of Armenian-Russian cooperation development in the field of general education were discussed, in particular, the activities on improving the efficiency of teaching Russian in Armenia were touched upon.

Deputy Minister Zhanna Andreasyan presented the main directions of education reforms, underlining that the new standard of general education adopted last year in Armenia highlights the importance of enhancing language studies, including Russian. Therefore, the system of certification and teacher training is being fundamentally transformed, it is planned to develop new textbooks and educational materials. In this matter, the Armenian side expects professional and methodological assistance from the Russian partners.

A reference was also made to the activities of schools with Russian classes in Armenia․ In this context, the Deputy Minister presented the legal regulations in Armenia. The shortage of teaching staff for a number of subjects, including languages, and natural sciences was underlined as a general issue. The Russian side stated that there is a similar issue in Russia.

Zhanna Andreasyan expressed confidence that the steps taken by the state to increase the attractiveness of the profession of teaching, namely, the system of voluntary certification, the general improvement of teachers' salaries, will mitigate these issues.

RA ESCS Deputy Minister and Deputy Minister of Education of the Russian Federation Denis Gribov also considered the formation of an Armenian-Russian joint working group: the group will clarify proposals for the cooperation development in the field of education.