The course of the organization of "STARMUS VI" Festival is discussed 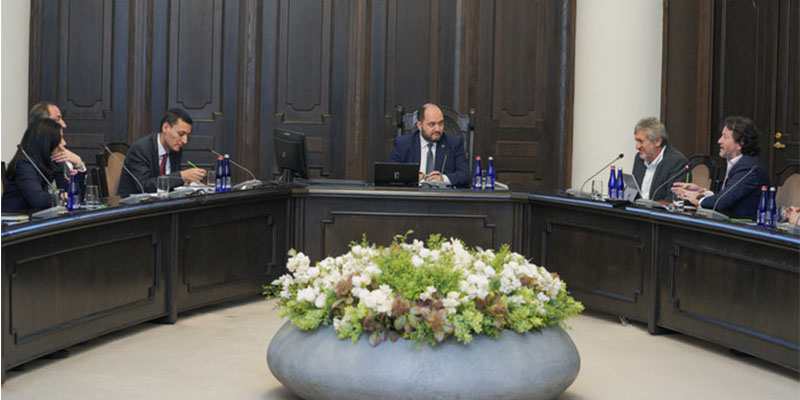 A meeting on holding the “STARMUS VI” Science and Art Festival in Armenia was held headed by the Chief of Staff of the Prime Minister Arayik Harutyunyan.

The Chief of Staff of the Prime Minister was introduced to the initial program and schedule of events planned within the framework of the Festival. Reference was made to the content and technical aspects of the events, as well as the work carried out in that direction so far․ Other issues related to the solution of infrastructural-logistical affairs, the international and local public awareness process, organizing a marketing campaign, ensuring the accessibility of the festival were considered.

The founder of the festival, Garik Israelyan, noted that the science festival of this scale will be held in the region for the first time, which enhances its attractiveness. Famous scientists, artists, and musicians are expected to participate, including 8 Nobel Prize winners.

Highlighting the importance of holding the “STARMUS VI” Festival in the best possible way, Arayik Harutyunyan noted that the State will support this process and spare no efforts to ensure efficient interdepartmental cooperation.

Note that the “STARMUS VI: 50 Years on Mars” festival will be held in Armenia from September 5-11, 2022. It is dedicated to the 50th anniversary of the first landing on Mars. It is planned to receive 3-5 thousand visitors from different countries of the world within the framework of the Festival.