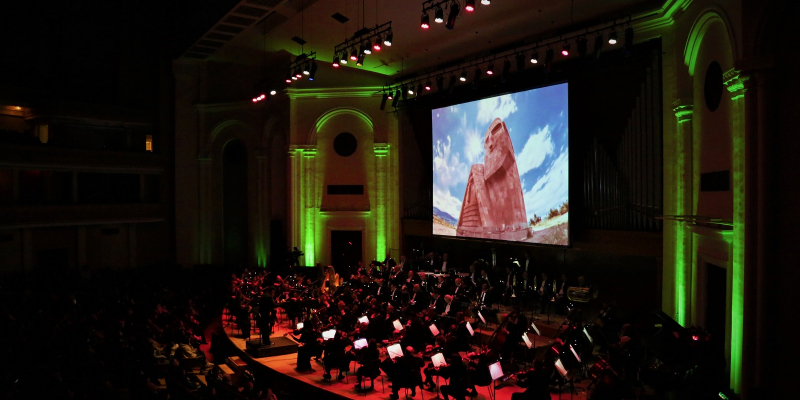 With the assistance of the Ministry of Education, Science, Culture, and Sports of the Republic of Armenia, a concert entitled "To the Heroes: 44" dedicated to the memory of the heroes of the 44-day Artsakh War was held in the Aram Khachaturian Concert Hall.

At the event, the National Philharmonic Orchestra of Armenia performed the Symphony № 2 by the renowned Armenian composer Aram Khachaturian, also known as “Symphony with Bells”.

This piece of work by Aram Khachaturian was written during the Great Patriotic War. It embodies the determined struggle against the national catastrophe, best expressing the feelings, devotion to the homeland and the unbreakable struggle the Armenian soldier expressed during the 44-day Artsakh war.

In parallel with the concert, a thematic video series was shown.