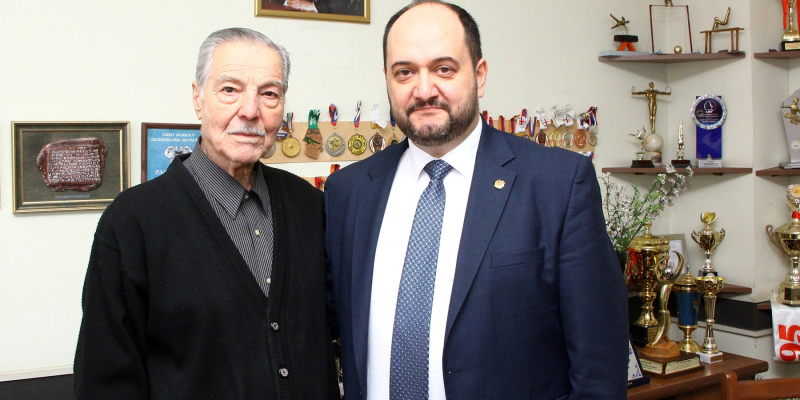 According to the Minister of Education, Science, Culture and Sports Arayik Harutyunyan, Albert Azaryan’s innumerable titles and medals are the result of fruitful activities through the decades: “Immeasurable is your dedication and contribution to the development of Armenian sports and raising high performance level of Armenian athletes in the world. I wish you strong health and all the best.” stated Arayik Harutyunyan emphasizing that Azaryan continues to educate generations by his example.

Albert Azaryan noted that he feels like 19-year-old, continues to train and stimulate young athletes. The King of Rings and the Minister of Education, Science, Culture and Sports took a walk around the sports school, where the legend of the Armenian sport presented the activities of the sports school with catching cheerfulness. Arayik Harutyunyan hoped that he will meet Albert Azaryan with the same enthusiasm on his 92-nd anniversary, and there will be more occasions for congratulations, hinting that Arthur Davtyan, a pupil of Azaryan sports school, may become a medalist at the Olympic Games in Tokyo.