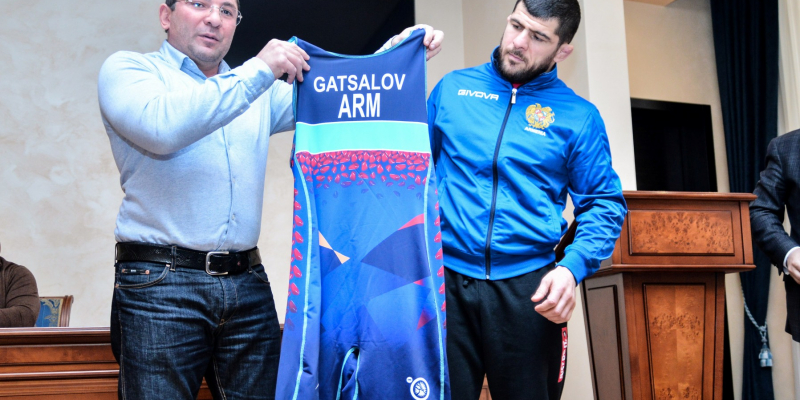 Congratulating on the team recruitment the Deputy Minister hoped that the athlete will perform with flying honor under the flag of the Republic of Armenia. “Khadzhimurat Gatsalov is a great achievement for the Armenian freestyle wrestling team. I hope that he will win medals for our country. In addition, I wish both teams a successful performance at the European Championships. I am sure that our guys will bring us many joyful moments”, - G. Tamrazyan noted.

The experienced fighter thanked for the confidence and citizenship of the Republic of Armenia and emphasized that he would do his best to meet the expectations. “I am very happy to join this team, I am motivated and well-disposed. The main goal, of course, is the Olympic Games. I think we shall all prepare well to ensure a high performance level. I will do my best to win an Olympic medal", - stated Kh. Gatsalov.

Khadzhimurat Gatsalov will represent Armenia in the weight category of 97 kg. He will not participate in the European Championship on February 10-16. The first official tournament will be held in Budapest on March 19-22.