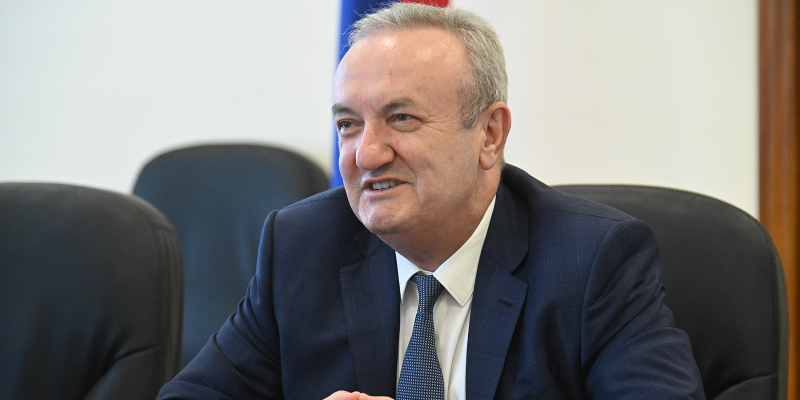 I congratulate all of us on the start of the 32nd Summer Olympic Games. We were preparing for this most important event of the sports world last year, however the pandemic and other circumstances prevented it.

The pandemic and the war that have befallen us over the past year, more than ever encourage us for unity and creation of new victories.

Dear athletes, you are the strongest, you are the bearers of a victorious spirit․ Let you not be forced to win on the platform, let your performances be inherent with the beauty of sport, and the inner freedom inherent in athletes: these are the roads leading to victory.

Some of our 17 athletes are participating in the Olympic Games for the first time, and some are experienced: in both cases, let perseverance and determination accompany you to the Olympic top.

The Armenian flag has been waved more than once in honor of the victory, the names of our athletes have more than once been mentioned as winners: I am sure that the 32nd Summer Olympic Games, as the cup for world sports victory is another occasion to proudly raise the flag of the Republic of Armenia and sing the anthem.

I wish our athletes strength of spirit, beautiful performances and the conquest of the Olympic height: your victory is the victory of the Republic of Armenia.