We must reform our thinking to achieve the goals we have set: Prime Minister introduces the newly appointed ESCS Minister
Official 24 November 2020 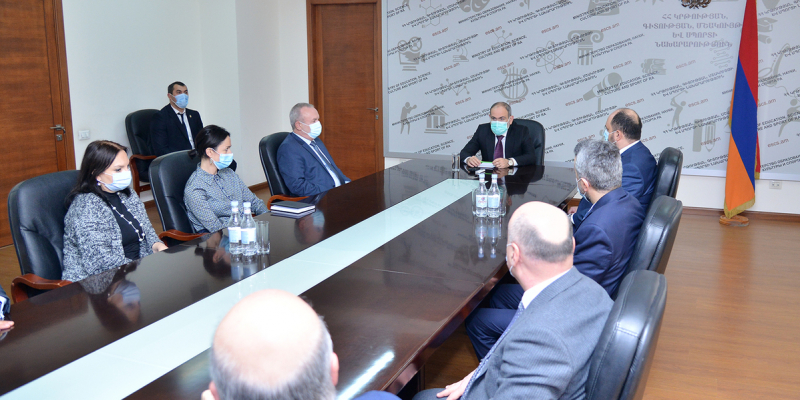 "Dear colleagues, we talk a lot about the level of development of institutions in the country. I am convinced that all our problems are related to the level of development of institutions. But I am of the opinion that that we shouldn’t ignore thinking as an institution. I also think that we should consider this issue in general, understand and imagine what kind of thinking we are guided by, how this institution meets our needs, requirements and interests, and, of course, what reforms should be made to our thinking, to achieve the goals we are formulating,” stated the Prime Minister in his speech.

Arayik Harutyunyan thanked the team of the ESCS Ministry for their joint work, noting that the structure, as an institution, is formed and is in a good working state. According to him, the response to the situation during the wartime and Covid pandemic was adequate, and this was due to the people working at this Ministry. A. Harutyunyan expressed gratitude to Prime Minister Pashinyan for supporting the Ministry's activities and noted: “The reforms that have been launched in the Ministry will have a beneficial and positive impact on internal Armenian relations, on our economy, and on our position in international relations. And, in my opinion, the good foundations that have been laid should be ongoing”. The former ESCS Minister expressed his willingness on passing the accumulated experience and information to the newly appointed Minister in support of the reform process.

In his turn, the newly appointed ESCS Minister Vahram Dumanyan thanked the Prime Minister for the trust, noting: “I am ready to devote myself to our state and country to the full extent of my efforts and do my best in this field”. He thanked Arayik Harutyunyan for his willingness to cooperate.