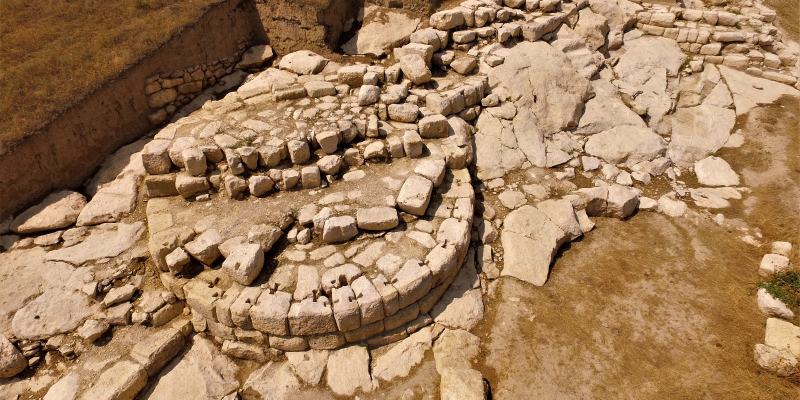 Tigranakert of Artsakh is situated in the Askeran region of the Republic of Artsakh (Nagorno-Karabakh), in the lower valley of Khachenaget, the second large river of the highland. Occupying an area of more than 70 hectares, it is spread over the south-western lower slope of the mountain Vankasar and in the plain next to it, in the neighborhood of the Royal sources. The city was founded at the end of 90s BC by the Armenian King Tigranes II the Great (95-55 BC). Tigranakert of Artsakh is the only one among numerous settlements named after Tigranes, the location of which is precise and which is being investigated by archaeologists.

As the result of 15 years of archaeological research, a large settlement formed with a Hellenistic advanced fortification system and using its construction techniques appeared, founded in the first century BC and existing until the end of the 13th century. According to the available data, Tigranakert consisted of a large (ca. 6 ha) fortified district, spread over the slope of the mountain in the form of artificial terraces, surrounded by powerful walls with city districts spread in the plain, cemeteries and large agricultural suburbs.

The city was completely built of the local cream limestone. Through excavations the Early Christian sguare with double churches, and the remains of a monumental stela with a cross, as well as an Early Christian underground reliquary and a graveyard were opened. Among some thousnads of archaeological materials luxury ceramic vessels, Parthian coins, Sasanian seals, 5-7 cc. AD Armenian inscriptions were unearthed.