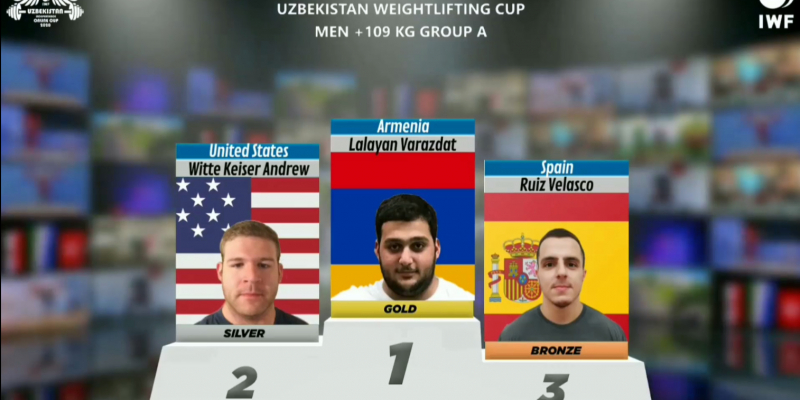 Weightlifter Varazdat Lalayan became the winner of an online tournament held on the initiative of the International Weightlifting Federation. Uzbekistan was the host country, and the tournament was dedicated to its Independence Day.

Lalayan was the best in the Zoom tournament with the result of 425 kg in snatch and clean and jerk.

International Weightlifting Cup brought together 109 participants from 30 countries, for many of whom this was the first tournament since March of this year due to the COVID-19.