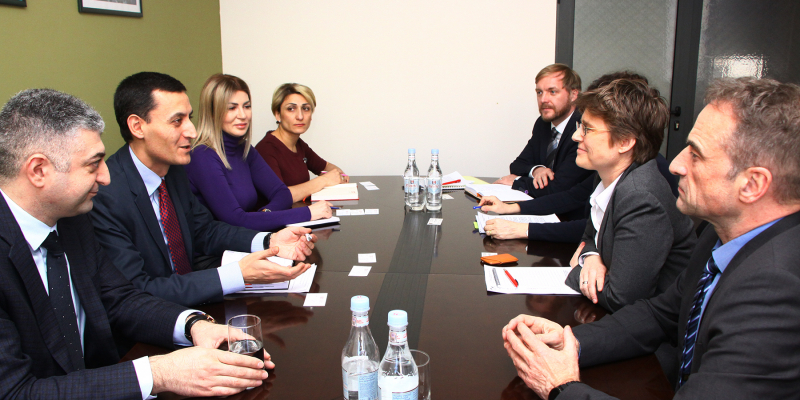 Welcoming the guests, the Deputy Minister A. Martirosyan expressed gratitude for the cooperation of the past years and ongoing programs. He noted that the German Corporation for International Cooperation contributes to the reforms in the field of education in Armenia and expressed hope that a new agenda will be formed in the near future.

Noting that the German side has been implementing programs in various fields since the independence of Armenia, head of the GIZ Office Armenia Anne Kempa confirmed the willingness of the German side to complete the projects and provide technical assistance. She introduced the new head of the regional office Han Kassens, who worked in the Balkans in Albania over the past six years, and will start working in our country from next month.

RA MoESCS, Head of the Department for Preliminary (Craftsmanship) and Vocational Education and Training Artak Aghbalyan, noting that GIZ is one of the main donor organizations in the field of vocational education, implementation of innovative programs, reported that more than 40 private companies are already engaged in vocational training programs, and the number of such organizations is increasing every year.

The German side is interested in enhancing the participation of regional communities in programs. At the end of the meeting the parties confirmed the need to complete the ongoing projects, joining forces with other international organizations and coordination of programs.