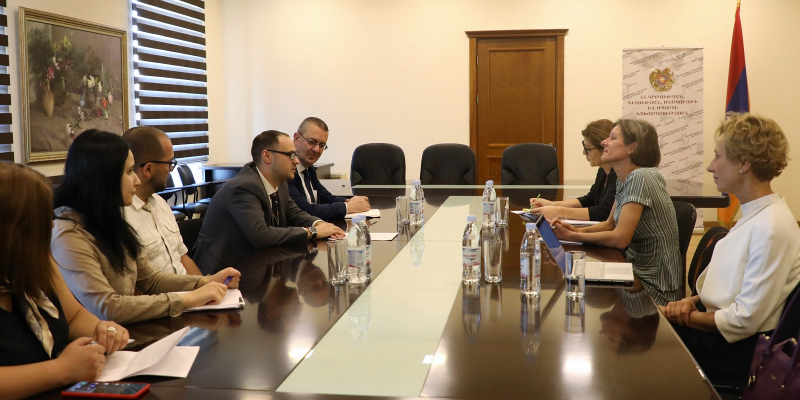 Welcoming the guests, Alfred Kocharyan noted that media reforms and freedom are one of the pillars of a democratic country. According to him, all the programs of the Council of Europe are a useful experience for any country, including in the field of media literacy.

The members of the CoE Delegation were particularly interested in the activities carried out by the ESCS Ministry in the direction of increasing media literacy.

Deputy Minister Alfred Kocharyan, highlighting the importance of the programs implemented in the direction of media literacy, noted that the state standard of general education includes educational materials on the development of democracy and civic abilities, as well as media literacy.

Other issues of mutual interest were also considered at the meeting.