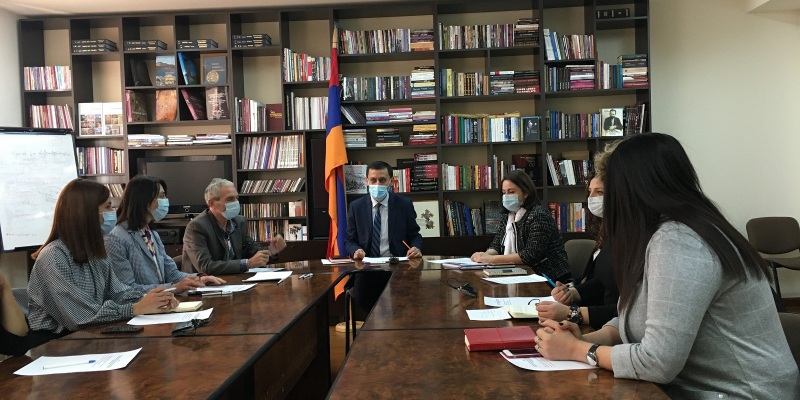 The meeting of the organizing Committee of the Pan-Armenian Competition of Innovative Projects and Scientific and Technical Developments "100 Ideas for Armenia" has been held under the chairmanship of the RA ESCS Deputy Minister Arthur Martirosyan.

The Deputy Minister was pleased to state that 137 applications have been received in the announced 20 nominations, which is an unprecedented number in the history of the competition. Note that the deadline for accepting applications was October 25. The agenda of the commission meeting covered the discussion and approvement of issues related to the nomination of members of the expert commission based on applications, setting a deadline for evaluating applications, and approving the procedure for determining the winners.

As the most important evaluation criterion for the expert group on the evaluation of applications, the Deputy Minister underlined the importance of the fact that the social innovations proposed in the submitted applications will be evaluated from the point of view of addressing the challenges facing the society.

To maximize the objectivity, the members of the organizing committee, during the discussion, decided to apply to the RA universities, the Science Committee, the National Academy of Sciences, to include 2 representatives in each nomination in the expert Committee evaluating the applications of the "100 Ideas for Armenia" innovative projects and scientific-technical development Pan-Armenian competition. The members of the organizing committee revised the evaluation criteria, their content, classified the evaluation indicators according to their significance. The members of the Committee decided to meet again in the near future to discuss the further actions to be implemented.