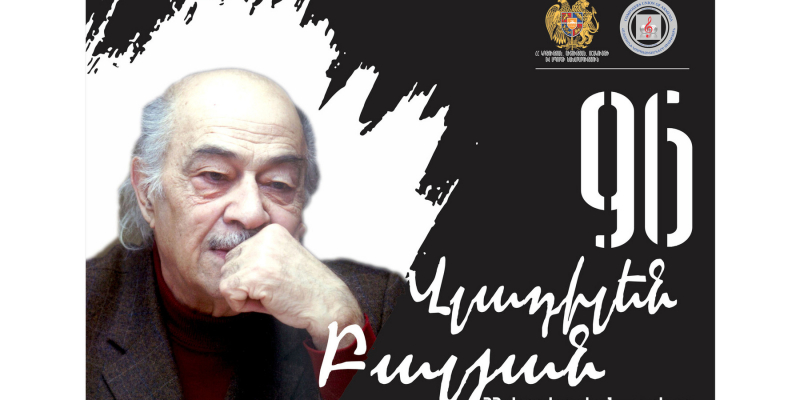 The Composers Union of Armenia is presenting its third online project to the music-loving public due to the legal restrictions of the emergency situation and the anti-epidemic measures. This time it is dedicated to the anniversary of the famous composer, the RA People's Artist Vladilen Balyan.

The project is implemented with the support of the RA Ministry of Education, Science, Culture and Sports. The theme of the concert is “Romances and songs”.

Honorary Artist of the Republic of Armenia Anna Mayilyan, Elen Kirakosyan, Narine Ananikyan, Armine Vardanyan, Margarit Sargsyan, Emmanuel Hovhannisyan, Arsen Gevorgyan, Avetik Margaryan, Levon Javadyan are participating in the concert. The introductory speech will be delivered by Narine Avetisyan. The repertoire of the concert will also include premieres. The online concert will be broadcast on August 3, at 17:00.

It should be noted that the concert is held within the framework of "Creating History" jubilee concert series.