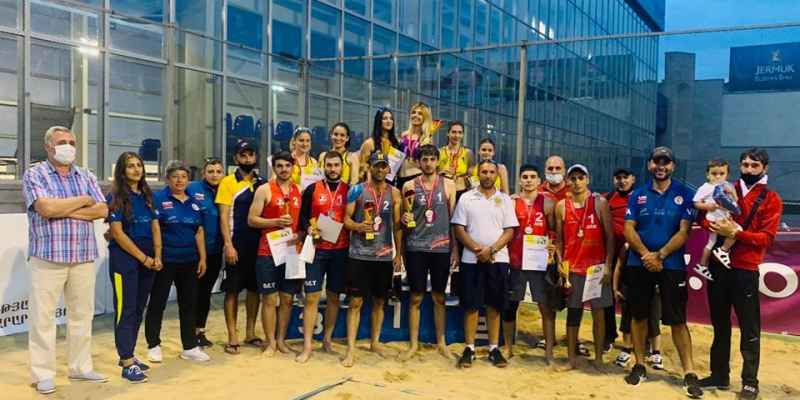 Armenian men's and women's beach volleyball championships were held on July 7-11 at the “Grand Sport” Sports Complex. During the first three days of the tournament, 12 men's teams and 10 women's teams competed in subgroups, then, according to the competition regulations, the play-off matches started.

The sports club of Armenian State Institute of Physical Culture and Sports “FIMA” participated in the men's championship in 4 pairs, two of which won prizes.