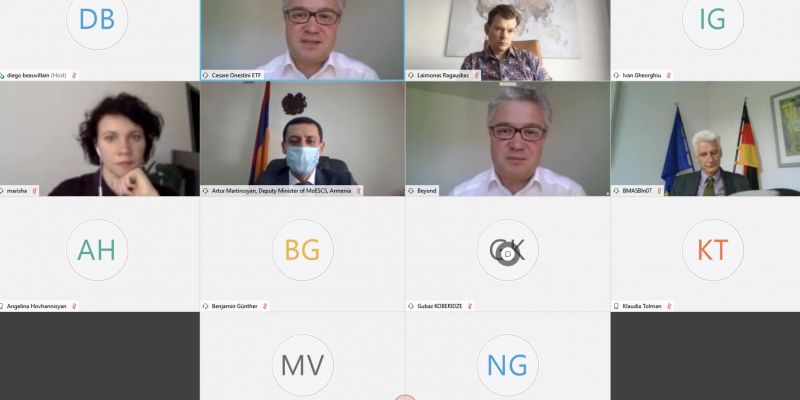 The event brought together 400-500 active youth leaders and youth workers from the EU and the Eastern Partnership countries, including Armenia. The overall objective of the summit was to discuss the partnership in the field of youth policy between the EU and Eastern Partnership countries, facilitate a dialogue between policymakers and youth on the overall approach, share good practices and experiences and promote the vision of future cooperation. The main topics of the summit include: “Youth engagement in the EaP: exploring the present and navigating the future”, “The future of youth policy dialogue in the Eastern Partnership” and “Fostering youth employability and entrepreneurship”.

Artur Martirosyan greeted the participants and thanked the organizers of the event. In his speech, he referred to the issues of youth employment in Armenia presenting the measures and programs currently being implemented as well as the upcoming by the State targeted at promoting vocational education through formal and informal education, strengthening education-labor market relations, professional orientation in middle and high schools, the introduction of highly demanded professions of the future in VET institutions and HEIs. In particular, Deputy Minister underlined the new approach of including information on entrepreneurial activity in the state standard of General Education which is currently being reformed. He also thanked the European Union for its assistance to Armenia in the field of education and youth.

The full meeting at: https://bit.ly/3dTVUDx