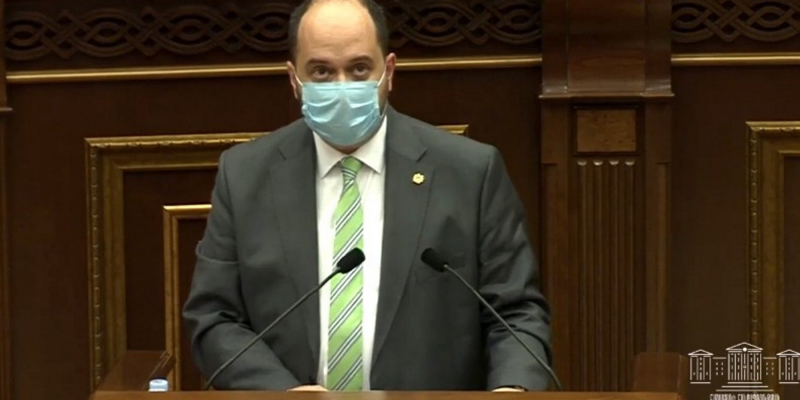 The draft law on making amendments and additions to the law on "Education" submitted by the RA Government, was adopted in the first reading in the Parliament on June 24. Presenting the Government’s legislative initiative, the main speaker, Minister of Education, Science, Culture and Sports Arayik Harutyunyan noted that, due to the declared state of emergency, there is a need to change the order of admission to universities. "According to the new order approved by the Government, the admission to universities will be based on the results of one exam, by online admission and submission of applications. Under the new regulation of admission, there arises a need to change the list of already established professions and entrance exams,” the Minister noted.

At the initiative of the Executive, it is planned to make an exception for the declared period of state of emergency or martial law (in general, not only because of COVID-19), and allow the Government to make changes and additions in the list of professions for higher educational institutions for the current year and approve a new list.